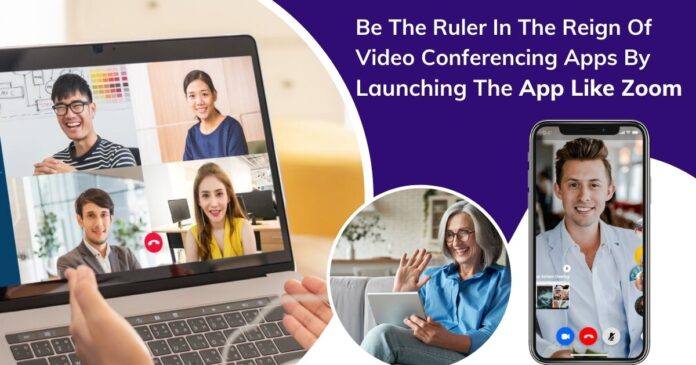 Video conferencing was looked at as yet another figment of my imagination, evident from the cartoons of the previous century like the Jetsons and science fiction like Star Trek. Today, it has become an inevitable element of reality.

The concept of videoconferencing is not entirely new. It has only been limited by the Internet speeds, the quality of images both captured and displayed. Today, after considerable progress in both these areas because of 5G Internet, fiber optics, high-resolution cameras, and LED screens, video conferencing have become quite common. It was not a surprise to see people across different corners of the world communicate over video conferencing apps like Skype.

The COVID-19 pandemic transformed the way we looked at work, the world, and health. While the pandemic has had considerable points of impact in different domains, one of the most evident impacts is in terms of increasing the instances of working from home.

Remote working, which grew by a measly 1.4 times between 2005 and 2016, jumped up by over 70 times in 2020! People who have been so used to the collaborative work culture of their offices needed an effective replacement or at least an efficient ersatz arrangement. This was adequately taken care of by video conferencing apps. The United States of America alone hosted around 11 million video conferencing meetings every day during the pandemic.

Although it cannot be denied that there have been instances of personal video conference app usage, it has become increasingly relevant for the office of the new normal.

The advantages of video conferencing in remote work

Video is the closest experience to interacting in real, at least in the mainstream scheme of things. This helps you not only hear but also see the person in real-time. 87% of remote team members say that they feel more connected to their colleagues when they are connected over a video conference facility. It has become so important for the company culture that 36% of employees said that they prefer remote working opportunities over a pay hike, and 37% of tech professionals have stunningly stated that they are prepared to compromise on their remuneration if they were given a chance to work from home.

Almost all enterprises set aside a separate budget for meeting rooms. These days, 20% of their meeting room budgets focus on expanding seamless remote work and easy global meetings. The collaboration market is expected to be valued at $8.5 million by 2024. Video conferencing has also been found to have increased The magnitude of engagement in team meetings among members, put at 41% of the users according to a survey. With more than 73% of employees stating that communication within teams and among departments is essential, video conferencing is a crucial part of the business ecosystem.

It has also been estimated that video conferencing saves companies $11,000 per year per employee, eliminating the need for travel, accommodation, and other auxiliary expenses. 90% of the fortune 500 companies use multiple video conferencing platforms to connect with their clients, prospects, and colleagues.

The video conferencing segment that formed a negligible part of the work ecosystem has suddenly been brought into its limelight and well-deserved recognition. The video conferencing market is expected to be valued at about $13.82 billion by 2023. If we take a specific case of Zoom, the app has grown in its daily active user count by 2900% in a span of four months between March 2020 and July 2020. Video conferencing is no longer exclusive to enterprise and large companies. Even startups have started to embrace the relevance of video conferencing and have included them as a part of their collaborative endeavours.

This only goes on to prove that the market is quite wide-open for new players to mark not only a presence but also find success.

All that is left for an aspiring entrepreneur to do if they want to build a video conferencing app like Zoom is to invest in customizing a Zoom clone app. A Zoom clone script also brings in a healthy degree of customizability, and it can be made to bear features of your choice. You can even consider splitting your Zoom meetings Clone app into two different variants: Zoom clone for business and Zoom clone for personal use.

Video conferencing is not what it used to be. We do not have any room for, “am I audible?“ And “can you see me?“. The video conferencing app of the new normal should be perfect in multiple ways and should address the new market with new requirements.

The United States alone, about $400 billion is wasted every year due to poorly organized meetings. The quality of the meetings cannot only be attributed to the magnitude of relevance but also the quality of connection. The video conferencing of the future will have to incorporate high-quality screens like micro-LED displays and good quality acoustics.

There have also been instances of Artificial Intelligence and machine learning techniques coming into play to ensure that discern which speaker should be active and also works to minimize background noises and call disruptions. This means that you can consider attending your video conference from anywhere. Literally!

Video conferencing is among the essentials

Meetings that were once considered manageable when it was scheduled in one corner of the city while your office was in another will now witness a question on whether they can be converted to a video conference. The fact that most office suites by Google, Apple, and Microsoft have video conferencing as a part of the package speaks volumes about how relevant and essential they will be.

With the sort of culture focusing more on getting work done and collaborating, it will not be a surprise if the daily standup scrum calls are handled over video conferences.

Meetings are not confined to meeting rooms anymore

Yes! We are no longer in a situation where we will have to be connected to high-speed Internet capable of transmitting high definition video and high-quality audio across thousands of miles in another corner of the planet. With the 4G Internet becoming commonplace and 5G slowly creeping in, connectivity will never be a problem.

Connectivity has effectively been taken care of by wireless Internet while technology; on the other hand, has been handled by smartphones that have better processing power than the most advanced desktop computers had a decade ago. There has also been a growing aversion to the idea of traditional meetings. Considering all these factors, it is quite likely that a meeting can happen from anywhere and can be attended from anywhere.

The “Separation of concerns“ thought process has initiated employees to get into small meetings called huddles. A huddle can be held either in specialized hotel rooms or even in open spaces. Some participants of the huddle can even join remotely.

With the availability of a white-label Zoom clone app, it becomes a breeze for you. A proper meeting and discussion with the mobile app development company that specializes in white label solutions is a crucial step in launching your own video conferencing app. After discussing aspects like technology, the features, the costs, and the timelines, you can be assured that it is just a matter of time—a really short span of time before you bring to the market your new video conferencing solution.

A Guide to HVAC Reputation Management 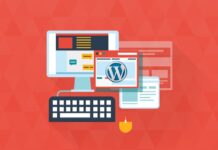 How to create a website on wordpress a basic guide 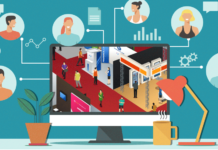 Online Marketing Ideas For Contractors Here We Have Listed Down 5

Fix All Issues With Water Heater!

Finding the Best Herbal Cure for Uterus and Hysteria 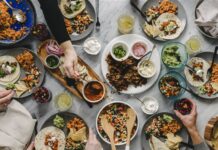 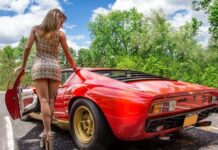 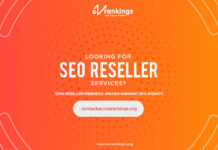 What are the Best Backlink Analysis Tools? 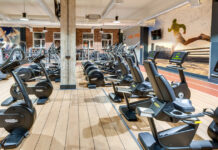 How to Manage Lighting in Workspace Perfectly?