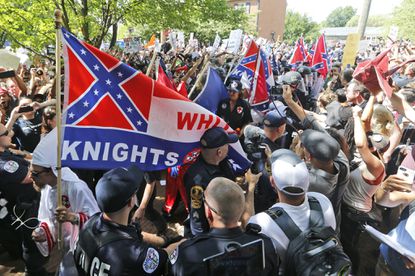 The Chronicle of Higher Education published an article a couple years back by Jason Stanley, professor of philosophy at Yale. He is troubled immensely by the seed of fascism being sown in the American higher education system. According to him there are patterns emerging that indicate a resurgence of a global fascist mindset. He pointed US as one of the leading nations where he sees this change happening. Professor Stanley insists that the American school system might become an accomplice in the advancement of fascism.

What does Stanley’s “fascism” stand for? He defines it as ultranationalism. They can be cultural, ethnic, or religious nationalist beliefs under which a nation is headed by an authoritarian leader. Fascist political ideas can pave the path for nationalists to come into power. Stanley also called American higher education a “bulwark” that had stood against authoritarianism. Up until the governance of Donald Trump. He is worried that the system is now under the danger of becoming a fascist pawn.

Fascism can be one of the major threats to civil society and independence in America. College and universities are not meant to advocate it, and neither did they in the past. In a fascist ideology, only a single viewpoint is considered legitimate. Educational institutes in such cultures introduce pupils to the dominant culture and its ideal past. Examples of this can be picked from Hitler’s Germany, Imperial Japan, and Mussolini’s Italy.

Fortunately, the American schooling system does not have any support for authoritarian nationalism in its structure. It is fully discredited and rightly so. But on the other hand, there are also many courses which voice authoritarian concepts. Marxism for instance, is well-represented, with several professors supporting statist ways to solve social and economic issues. They erode rule of law, property rights, and personal liberty.

Apart from full-fledged advocacy of Marxism, support of federal social and economic control is more of a common practice. Many “progressive” instructors teach their students that concepts of private property, economic independence, and limited government are antiquated. According to them the government must be involved in constantly increasing its circle of authority. Students are specifically taught by such academics to embrace progressive ideology. These ideas are responsible for empowering the government and eroding liberty on a wide scale.

The final school of thought preached by various professors in American education system is known as the “diversity delusion”. These teachers are fixated on negative divisive ideas which are rooted in group victimization. Their pupils are taught that governmental favors for particular groups and mistreatment for others is the way to progress. Fascism teaches an adoration of an idealistic past while diversity delusion teaches the exact opposite. That the past was an incessant horror and the institutions which sprang rom should be taken down.

These three beliefs, Marxism, diversity, and progressivism are leading to a rise of authoritarian ideas in America. This year, the daily morning talk show on Fox and Friends pointed out a new issue in American schooling system. The channel’s contributor Rachel Campos-Duffy tweeted a line from Donald Trump’s speech, highlighting it as being most important.

“Our children are taught in school to hate their own country & to believe that the men & women who built it were not heroes but were villains.The radical view of American history is a web of lies.”

The tweet was in part a response to the 1619 project created by New York Times’ Nikole Hannah-Jones. The project is aimed at reframing history by emphasizing the effects of slavery and contributions of African Americans in the national narrative. The police shootings and George Floyd’s murder following it, the project began to be labelled as anti-American. From the perspective of Fox and Friends, it is a tool that influences the youth to hate their country.

However, there is no concrete evidence that teachers in school classrooms are ingraining hatred for America in their students. Critically questioning the states’ laws and practices is an entirely different matter. Even the founders of America questioned British rule and Articles of Confederation which built the country. One can be a patriot and critical thinker at the same time.

In his speech given on September 19, 2020, Donald Trump announced the launch of a pro-American lesson plan called 1776 Commission. It was to battle the “horrible things” that were being taught in schools about their country to American children. But state schools are not bound to use a curriculum assigned by the federal government. Therefore, the plan didn’t and never would reach practical application.

When it comes to political topics, students find it difficult to do assignments on them due to their complexity. Our services with assignment expert writers can be a great help in this case. They have the experience and knowledge to provide students with essays that are impressive enough to obtain high grades. For student of higher levels our Dissertation help service is an excellent academic help option as well. 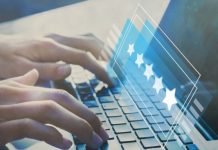 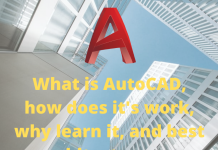 What is AutoCAD, how does it’s work, why learn it, and autocad mechanical course