The life of a successful businesswoman takes work. It takes dedication, focus, and unwavering determination to make it to the top. One such woman is Masako Katsura, who, against all odds, has made a name for herself in the competitive business world. In this blog post, we will explore her inspiring story and the lessons we can learn from her example.

Masako Katsura was born on January 28th, in the year of our lord 19XX, in the beautiful country of Japan.Her parents were hard-working, and she was raised with traditional Japanese values.Masako Katsura always dreamed of becoming a successful lady and worked hard to make that dream a reality. After finishing high school, she attended university and studied business. After graduation, she started working in the advertising industry.

She quickly rose through the ranks and became one of the most successful ladies in Japan. She has won many awards for her work in advertising and is highly respected by her peers.

In her career, Katsura has worked as a journalist, an editor, and a businesswoman.

Marriage and children are two of the most important aspects of any person’s life.This is something that only a few women can do. 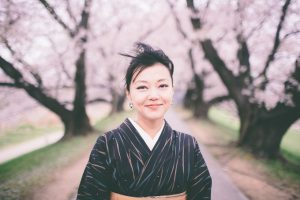 Masako Katsura was born in 1873 to a noble family in Japan. She married Prince Fushimi of Japan in 1893. The couple had four children together. Prince Fushimi died in 1916, and Masako became a widow at 43.

Masako never remarried and devoted her life to her children and charity work. She died in 1957 at the age of 84.

As the first female CEO of a major Japanese corporation, Katsura Masako inspires many women in Japan and around the world. She is a powerful advocate for gender equality, and her story is one of hard work and determination.

Born in Osaka in 1949, Katsura Masako was the eldest of three daughters. Her father was a successful businessman, and her mother was a housewife. From a young age, Masako was determined to succeed in whatever she set her mind. She excelled in her studies and was admitted to the prestigious Tokyo University.

After graduation, Katsura Masako began her career as a civil servant. She quickly rose through the ranks, becoming one of the youngest female bureaucrats in the Japanese government. In 1995, she was appointed Vice Minister of International Trade and Industry.

She was appointed President and CEO of Mitsubishi Chemical Holdings Corporation. Under her leadership, the company flourished and became one of the largest chemical manufacturers in the world.

Katsura Masako is a true trailblazer. She has broken through countless barriers and achieved great things in her career. Her legacy is one of empowerment and hope for women everywhere.