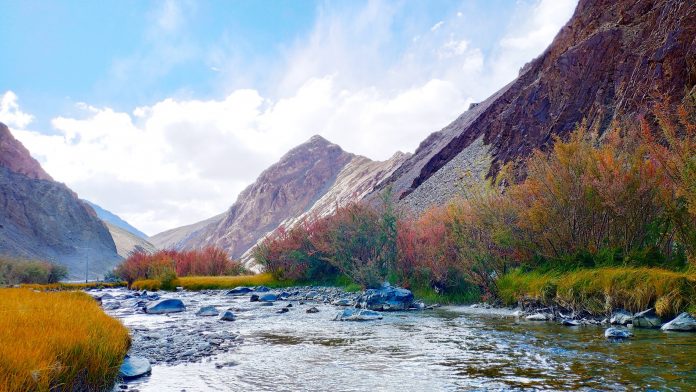 Yippee… I’m still alive!! 7 days of trekking in the Himalayas, about 70 kilometres of walking, ascents and descents in the mountains, crossing passes, stones, rivers, and other obstacles… But, yes, I did it all to visit Kashmir’s seven beautiful high-altitude glacier lakes.

I’m not sure why, but I always seem to choose challenging tasks for myself. I dive into the ocean and then realise how deep it is; the same thing happened on our trek. Early this year, while on my way to Jaipur, I had a brief talk about hiking with a stranger (now a friend) on a train. It made sense for him because he had been planning to visit Valley of Flowers with his friend for quite some time.

My husband’s arrangement with his friend fell through, so who else could it be? I chose to be the scapegoat, and as usual, I did so without thinking about the details. When it came to picking which trip to do, I took it a step further and chose the Kashmir Great Lakes Trek journey solely on the basis of the trek titles. Despite having received two years of treatment for chronic fatigue syndrome, this is the case. Our Kashmir trip had been cancelled twice before, and all I wanted to do was visit Kashmir…somehow, somehow, and that was all.

I began a training programme, but even a minute of running on the first day seemed difficult as my heart raced. Within a few days, a 3-4 minute continuous run was attainable. I’d run, walk.

For the first several days, I was a little more serious about training. I also found a video on an intense cardio workout and decided to give it a shot. I did this for a total of 5 days out of the 30 I had. In the evenings, we even attempted to stroll with our newly purchased hiking shoes.

My inconsistent training wasn’t particularly motivating, but the day we went to Decathlon and realised the amount of money we’d have to spend putting together the essential clothing, accessories, and equipment for a high-altitude hike, I decided to go.

I kept reminding myself that whether I ran that day or not, I could make the trek, and I did it every day. When you buy a new pen, pencil box, or bag, you should at the very least take the exam. I was also adamant about the KGL trek. Despite the fact that the situation in Kashmir had deteriorated and our original trip batch on the 15th August had been cancelled, we requested the trek coordinator’s assistance and were transferred to the 13th August batch, which was still running.

Curfew-bound Srinagar appeared more like a war zone than a city once outside the airport, with police and soldiers stationed at every turn. There is no data, and there is no connectivity. To avoid any complications, we were picked up from the airport and transported to a hotel to wait the night before being transferred to the trek base camp in the early hours of the morning. On the 14th of August, we began our ascent from Sonmarg.

The walk is 70 kilometres long and begins at Sonmarg (7850 feet) and ends in Naranag (7400 ft). Gadsar pass, at an altitude of 13750 feet, is the highest point on this walk and one of the three high passes that we had to ascend on this lovely scenic route. It is one of the most stunning Himalayan treks, with endless meadows, cyan skies, and blue and green lakes.

Our group consisted of 21 trekkers and four members of the trekking team at the front, trek leader and technical specialist in the middle, and Liaqat Bhai in the back. A team of volunteers, cooks, riders, and 15 horses were also on hand to transport our offloaded bag packs and luggage, which included tents, food, and other necessities for survival at such a high altitude.

Every day, the call was 5-6-7. Getting up at 5 a.m., having breakfast at 6 a.m., and beginning the walk at 7 a.m. (after unpitching our tents). Most days, we ate packed lunches because we didn’t get to our base camps until 3 p.m. or later, which meant an average of 10 kilometres of hill walking every day before we could retire to our tents. Evenings were laid-back, with dinner at 7 p.m. and then bedtime.

We began our walk 3 kilometres outside of Sonmarg. I had no idea what I was getting myself into, but after posing for enough photos, it was time to start climbing up the hills.

After 10 minutes on the walk, we arrived at lush meadows with views of Sonmarg town and the Indus River below. To get to our campers, we had to ascend a long way and then take a leisurely stroll.

We arrived at Nichanai pass after a difficult ascent and a passage over a lake of moderate stones. Then it was down into golden flower beds, which eventually gave way to miles of lush green meadows. We descended into camp close beside the magnificent Vishnusar Lake after a leisurely stroll of several hours.

This was a lengthy day, with a total distance of almost 13 kilometres. Gadsar pass took about two hours to reach after a difficult ascent. As we continued climbing the Gadsar pass, we marvelled at the twin lakes Vishnusar and Kishensar below.

Our lunch stop at Gadsar Lake – an incredibly azure green lake fed by massive glaciers – completed a gentle drop into a valley of crimson, blue, violet, and yellow flowers.

Following lunch, we had a long walk to our campsites, which were near to an army camp.

A steep peak loomed ahead once more. Nanga Parbat came into view as we climbed step by step and then walked through a beautiful meadow on top of mountains. The mountains soon gave way to the most magnificent and vast verdant plains I had ever seen.

Sheeps, horses, and streams running across the road made everything breathtakingly gorgeous and like something out of a movie.

We walked over to the army camp, where we were treated to hot soup, before turning left and manoeuvring across two lakes to reach our tent.

Climbing up to Gangbal Pass was a huge workout for all of your muscles.

The two lakes (Gangbal and Nandkol) at the foot of Mt. Harmukh — a 5000+m mountain that was first ascended in 1856 and from which the first claimed sighting of K2 was made – were worth the journey.

It was a sharp drop to a riverside lunch spot, then a steady climb over a mountain hump and a river bridge before settling into a camp directly beneath Mt. Harmukh.

The timetable has been altered to 8-9-10. Some sleep luxury, no tent dismantling, and a leisurely breakfast

We strolled over to Gangbal Lake, walked around the perimeter, played Antakshari, and dipped in Nandakul on the way back. The buffer day idea at Gangbal was made all the more heavenly by a hot meal at the campsite, a day of rest, games, and amazing photographs of Mt. Harmukh at night in moonlight.

After saying our goodbyes to Mt. Harmukh, this was a difficult day. The downhill was brutal on knees and toes, beginning slowly and then becoming steeper over the hour. To make matters worse, my husband was in a rush to get to the most wanted dhaba on the way down so that he could receive phone signals and talk to our son after 8 days. There were loose stones all along the trail, and it seemed like it would never stop.

However, it was the grandeur of the Pine forest and the lush meadows that kept me alive during this endurance test. At 8500 feet, Naranag was visible, but there was still a long way to go. We were ordered to walk for another 15 minutes every 15 minutes… As soon as the village track came up and the agony was over, I rushed inside Naranag’s “Eternal Peace Hotel” (together with others) and treated myself to a hearty lunch of Rogan josh… Everything works out in the end.

My Himalayan trekking adventure taught me some valuable lessons.

There are a few critical concerns to consider, such as…

1. Without overeating, we can easily survive.
2. It’s completely OK to respond to nature’s call in the wild.
3. At high altitudes, plastic lunch boxes are not a good option.

The walk had a mental impact on me as well, and I had some saintly revelations at various moments, particularly after crossing a mountain pass, such as —

As I travelled day after day, trekking and life appeared eerily identical to me. Every stride on the route was beautiful, but it was also littered with barriers of various types. It was our minds that propelled us forward even after our bodies had given out at times. The most important thing was to keep going until we reached our destination, regardless of whether we were first or last. Like a trip, in life one can pause for a while, rest or even take a break, be up and down at the same time, but we all have to keep going until we complete and finish successfully.

Now that the hike is finished, I can confidently state that it is a must-do activity. If I hadn’t undertaken on this voyage to experience being a traveller, I would have remained more like a tourist.

Coolest Places to Visit in Tokyo 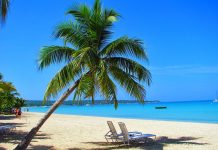 10 Best Places to Visit in Jamaica 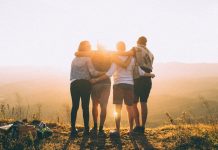 How to Dress Right According to Your Pregnancy Shape 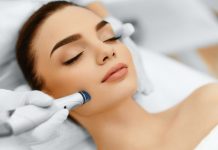 Efficient and effective hydrafacial treatment near me? 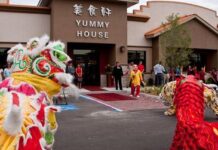 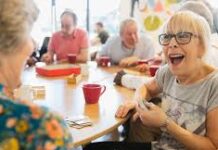 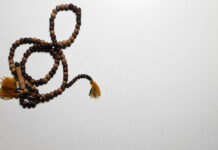 What is a Taweez? Dhikr For Muslims

Coolest Places to Visit in Tokyo