The auction of real estate (housing, premises, land, plot, garage), is the last link for the recovery of a debt by a creditor.

The creditor, either a natural or legal person, whose credit may come from debt, loan or personal or mortgage credit, and which may well be a foreclosure that will have as its object the sale of one or more goods or lots of goods, housing, premises, land, etc., depending on what is most convenient for the successful completion of the execution, may lead to a judicial or notarial auction.

Formation of the lots in the auction

The formation of the lots in the auction will correspond to the Judicial Secretary (current Lawyer of the Administration of Justice)
of the Court of 1st Instance in which the cause is heard, after hearing the parties.
To this end, before announcing the real estate auctions,

Auctions of real estate or lots of goods will not be called when, according to their final appraisal or valuation, it is foreseeable that their realization will not obtain an amount of money that exceeds, at least, the expenses originated by the same auction.

Call for the judicial auction

Once the fair price of the seized real estate has been established, the current judicial secretary Lawyer of the Administration of Justice, by decree, will agree to the announcement of the real estate auctions.

Article 645.1 of the Civil Procedure Law, in accordance with the modification introduced by Law 19/2015, of July 13, on administrative reform measures in the field of the Administration of Justice and the Civil Registry,
establishes that the call for the real estate auctions will be announced in the “Official State”, serving the notice or notification to the executed non-person.

The current Judicial Secretary Lawyer of the Administration of Justice will publish an Edict in which the General and particular conditions are indicated to carry out the auctions of real estate, with the type that is indicated and the conditions of bidding of the auction.

Auction through an electronic system

The auction of the property will be carried out, in any case, electronically in the Auction Portal, under the responsibility of the current judicial secretary Lawyer of the Administration of Justice

The judicial secretary responsible for the execution of the real estate auction, be it housing, premises, land, etc., will issue an order to the registrar in charge of the Registry in question to send the court a certification in which the following points are established:

1. The owner of the domain and other real rights of the asset or taxed right.

2. The rights of any nature that exist on the seized registrable asset, especially, a complete list of the registered charges that encumber it or, where appropriate, that it is free of charges.

Electronic certification of the Registry

In any case, the certification will be issued in electronic format and will have information with structured content.

Proof of the issuance of certification from the Registry

The registrar shall record by marginal note the issuance of the certification referred to in the previous section, stating the date and the procedure to which it refers.

The registrar will notify, immediately and electronically, the Court Clerk and the Auction Portal the fact that one or more other titles have been presented that affect or modify the initial information for the purposes of article 667.

The Auction Portal will collect the information provided by the Registry immediately for transfer to those who consult its content.

Request for information by the executing attorney

Notwithstanding the foregoing, the Attorney for the executing party,
duly empowered by the Judicial Secretary and once the seizure has been noted,
may request the certification referred to in section 1 of this precept,
the issuance of which will also be subject to a marginal note.

In any case, the certification will be issued in electronic format and with structured content.

Communication of the award to tenants of real estate

Publicity of the possession status of the property

Information on the possession status of the property

In the advertising of the real estate auctions carried out in the Auction Portal,
as well as in the public or private media where appropriate,
the possession status of the property or that, on the contrary,
will be expressed, with possible detail. is unemployed,

Declaration of non-permanence of occupants in the property

The executor may request that, before announcing the real estate auctions,
the Court declares that the occupant or occupants do not have the right to remain in the property,
once it has been alienated in the execution.

The request will be processed in accordance with the provisions of section 3 of article 675 and the Court will access it and make,
by means of a non-appealable order, the requested statement,
when the occupant or occupants can be considered in fact or without sufficient title.

Declaration of permanence in the property of occupants

In another case, it will declare, also without further recourse, that the occupant or occupants have the right to remain in the property,
leaving safe the actions that may correspond to the future acquirer to evict them.

The statements referred to in the preceding paragraph will be recorded in the advertising of the real estate auctions.

Valuation of properties for auction

1. Real estate will go to real estate auctions for the value that results from deducting from its appraisal (value),
the amount of all charges and rights prior to the encumbrance for which execution

This operation will be carried out by the Judicial Secretary, discounting from the value for which the property has been appraised the total guaranteed amount resulting from the certification of charges or,
where appropriate, the amount that has been recorded in the Registry.

2. If the value of the charges or encumbrances equals or exceeds that determined for the property, the Judicial Secretary will suspend the execution of that property.

Development of the real estate auction

Through the Auction portal of the BOE (Official State)

Approval of the auction. Pay. Adjudication of property to the creditor.

1. If the best bid is equal to or greater than 70 percent of the value for which the property has gone up for auction,
the judicial clerk responsible for the execution, by decree, on the same day or the day following the auction closing property,
will approve the auction in favor of the highest bidder.

Within forty days, the bidder will have to consign in the Deposit and Consignment Account the difference between the amount deposited and the total auction price.

2. If it were the executor who made the best bid equal to or greater than 70 percent of the value for which the property had gone up for auction,
the auction was approved,
the Court Clerk will proceed to liquidate
what is owed as principal? , interests and costs and, once this liquidation is notified,
the executor will record the difference if any.

3. If only bids are made higher than 70 percent of the value for which the property
has gone up for auction,
but offering to pay in installments with sufficient bank
or mortgage guarantees of the deferred price,
the executor will be informed who,
in the Twenty following days, you may request the adjudication of the property for 70% of the starting value.

If the performer does not make use of this right, the auction will be approved in favor of the best of those bids, with the payment conditions and guarantees offered therein.

Orders less than 70% of the value

4. When the best bid offered in the auction is less than 70 percent of the value for which the property has gone up for auction
the executor may, within ten days, present a third party that improves the bid
by offering an amount greater than 70 percent of the appraised value or that,
even less than the said amount is sufficient to achieve complete satisfaction of the right of the performer.

Possibility of adjudication of the executor of the property

Once the indicated period has elapsed without the executor carrying out the provisions of the previous paragraph,
the executor may, within five days,
request the adjudication of the property for 70% of said value or for the amount

When the executor does not make use of this power, the auction will be approved in favor of the highest bidder,

If the best position does not meet these requirements, the judicial secretary responsible for the execution, after hearing the parties,
will decide on the approval of the auction in view of the circumstances of the case
and taking into account especially the behavior of the debtor in relation to compliance
with the obligation for which it proceeds,
the possibilities of achieving the creditor’s satisfaction through the realization of other assets,
the patrimonial sacrifice that the approval of the auction entails for the debtor
and the benefit that the creditor obtains from it.

Appeal against the approval of the auction

In the latter case, against the decree that approves the auction,
there is a direct appeal for review before the Court that issued the general order of execution.

When the court clerk denies the approval of the auction, it will proceed in accordance with the provisions of the following article.

Suspension of the auction by the executed

At any time prior to the approval of the auction or the award to the executor,
for principal, interest and costs.

In this case, the Court Clerk will agree by decree to suspend the auction or cancel it, and will immediately notify the Auction Portal in both cases.

Why Godrej Solitaire Is Turning A Sound Real Estate Investment? 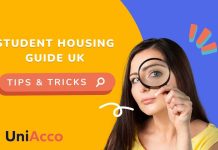 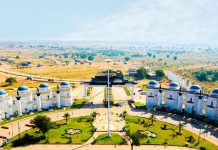 How to get property in Blue world city Islamabad 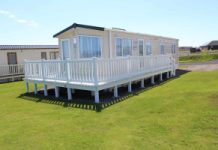