There is a good chance you faced a choice at the checkout counter if you have shopped recently at your supermarket, whether to donate to a charity or not. Charity or such small easy donation opportunities are highly important to participating non-profits and can help boost the reputations of retailers. But are these minuscule donations, that could compound to a larger sum, tax-deductible? As it turns out, they are! In this post, we try to understand the various modes of tax-oriented operations that businesses follow when dealing with checkout donations.

It also gives a good feeling to the shopper once they have donated anything to a charity. Although as usual, these generous opportunities have become controversial, in part because some critics insist retailers are taking a tax benefit for their customers’ donations. Also, the authorities have clearly mentioned that such donations have to be routed to qualified and recognized organizations.

For starters, you have to keep in mind that there are two ways charities can benefit from point-of-sale donations. The first is where the store donates a share of its sales. Which is a type of donation deductible by the business but not by its customers. The second way is when the customers add something to their bill at the register with the extra amount going to charity. Customers can claim those amounts donated as deductions on their individual income tax return, though almost nobody ever does.

Businesses donating money to charities at the point of sale.

A corporation (for instance, a retailer) must engage in a co-venture with a nonprofit charitable organization, in order to donate at the point of sale. In that arrangement – often registered under state law – the corporation gives a percentage of its sales to a designated charity. For instance, when you scan your shopper’s card at the checkout counter of your local supermarket, it offers “community rewards”. A small share of its proceeds from your purchases goes to a community organization that you choose (your daughter’s middle school).

Did you know that generally, corporations can deduct charitable gifts up to 10 percent of their taxable income in a given year? And in 2018, out of $427.1 billion donated to charities in total, the 79 largest point-of-sale charity checkout campaigns raised over $486 million for the nonprofit sector in the United States. These programs have raised over $5.3 billion for various charities over the past thirty years. Checkout campaigns might contribute small change, but even small change is better than zero.

Where does the money you donate at the cash register go?

The cash register is where you round up your bill to give to a charity designated by the retailer, and the donation amount appears on your receipt. Technically the store serves only as a collection agent for your gift. It will not include your donation as part of its business receipts or income, nor will it claim the charitable gift as an expense, assuming that the business is following the law. Experts believe such payments from the companies’ behalf have been recorded by businesses in the past but have not mostly been at par with the customer donations.

So basically, your gift has zero impact on the store’s income taxes. Remember the fact that the store chooses the receiving charity, so make sure it is one you can support. The donation will appear on your receipt and you can claim it as a charitable deduction when you file your income tax return as a customer.

Although you might have a receipt, more than nine out of ten taxpayers won’t deduct this – or any other – charitable donation from their federal taxable income since they do not itemize their deductions.

The number of households claiming itemized deductions fell from 46.2 million in 2017 to 16.7 million in 2018, when the Tax Cuts and Jobs Act effectively doubled the standard deduction. Households with a higher income are the ones that cover most of those which still itemize their deductions. The ones which make more than $3.3 million annually get more than one-third of the federal income tax benefits from charitable giving and few of these households are likely to do much of their giving at the grocery checkout counter.

For 2020 only, a certain Act known as the CARES Act which was passed last spring by Congress allows non-itemizers to deduct up to $300 of charitable donations. And in fact, some taxpayers could cheat and claim the deduction without giving anything.

In a nutshell, the generous customers who wish to donate more are always considered to be empathetic. The only pre-condition for claiming any benefits by businesses would be that such donations must be shown in the form of receipts, else it should be in the form of cheques, which is mostly the case.

At UBOS, our experts are always available to guide you with anything related to tax planning, tax strategies, and more. Do contact us today at ubos.pro to begin your consultation and learn more about how we can help you!

Section 8 Company Registration: What are Its benefits 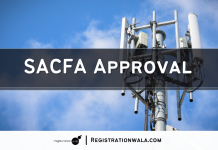